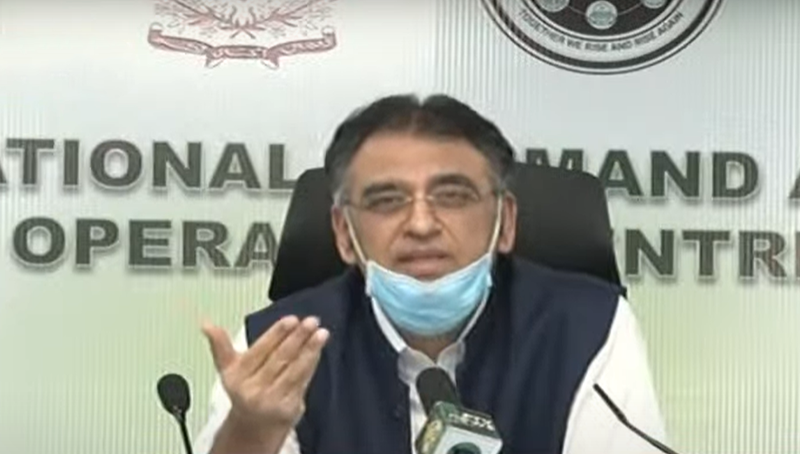 Minister of Planning and Development Asad Umar said that the national positivity rate recorded yesterday was the highest in more than 50 days.

National positivity of covid cases was 2.37% yesterday. This is the highest positivity in more than 50 days. Last time this level was seen on aug 23. First 4 days of this week covid deaths average is 11 per day..highest since week of Aug 10th. Unmistakable signs of rise of corona

He said that during the first four days of the week, on average, 11 virus deaths were reported, the highest since August. “Unmistakable signs of the rise of corona.”

Positivity was incredibly high in Muzaffarabad, remained high in Karachi, and increased in Lahore and Islamabad, the minister added.

Covid positivity is extremely high in muzaffarabad, remains high in karachi, rising in lahore & Islamabad. Time for all of us to take covid sop's seriously again. Otherwise, unfortunately we may have to take restrictive actions which have negative effects on peoples livelihoods

“Time for all of us to take Covid SOPs seriously again. Otherwise, we may have to take restrictive actions which have negative effects on people’s livelihoods.”

Umar also mentioned an increase in virus deaths. “The average number of Covid deaths during the first four days of this week was 11 per day, the highest since the week of August 10. Unmistakable signs of the rise of corona.”