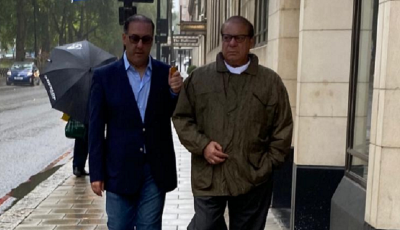 After the Islamabad High Court dismissed his application to delay issuance of the former prime minister ‘s proclamation, the lead counsel for Nawaz Sharif gave up representing his client, the court was told on Tuesday.

Khawaja Haris Ahmed, the former prime minister’s defence lawyer, suddenly ‘disassociated’ himself from the case, at least for the time being, assuming that due to his absconsion, he had lost the right to audience.

The application was rejected by a high court division bench comprising Justice Aamer Farooq and Justice Mohsin Akhtar Kayani on Sept 15. However, when grappling with another application, the court had noted that the matter relating to the law of Mr. Sharif hearing must be examined at an appropriate stage.

As the court resumed the hearing on Tuesday, it was informed by Additional Attorney General Tariq Mehmood Khokhar that the arrest warrants had been issued to the convict’s Avenfield Apartments residence.