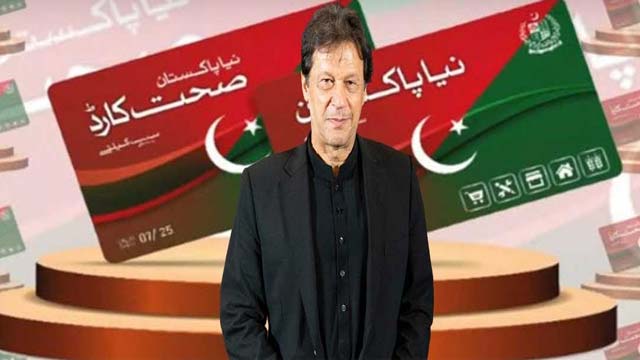 Prime minister Imran Khan launched a new health scheme Naya Pakistan Health Card for Punjab. Khan assured that by March 2022, the entire province would be able to avail of the card services. He addressed the launching ceremony in Lahore and commended Chief Minister Punjab Usman Buzdar and Heath Minister Dr. Yasmin Rashid for their dedication that helped the launch of this project from January 1. “This will also help in improving the health infrastructure in the province.”, said the PM.

Khan explained that when he initially came up with the idea of this health scheme, everyone was shocked and skeptical of its execution. Now, with the hard work of CM Punjab and the Health Minister, they have achieved this feat. “This is a landmark, defining moment in the journey of Pakistan becoming a welfare state.”, the PM stated. He added that this initiative would encourage the private sector the construction of hospitals in villages. The PM also announced that Rs440 billion would be used on the health insurance for a three-year plan.

Additionally, other than health cards, Ehsaas Rashan Cards will also be provided to the families with an income below Rs50,000 to impact the hike of the height of inflation the world is facing.

Do you think PM Khan should also launch these services for other provinces of Pakistan?