NCOC announces the arrangements made for the stranded Pakistanis in Afghanistan - Rava.pk
Recent View all
News
Read more 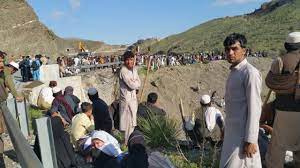 NCOC announces the arrangements made for the stranded Pakistanis in Afghanistan

The National Command And Operation Centre (NCOC) has announced that they have made arrangements for the Pakistanis who are stranded in Afghanistan. The special arrangements for their return to the homeland are being made as the western border of the country was closed due to the pandemic.

The NCOC conducted a meeting led by the Planning Minister, Asad Umar has stated that the arrangements have been made for both Pakistani and Afghanis stranded in both countries, most importantly, the priority is the patients in emergency and students. Special permission has been granted for patients and students.