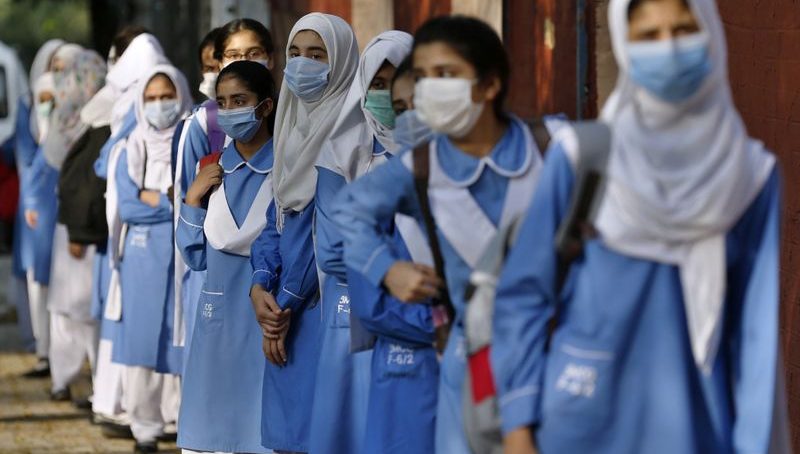 The National Command and Operations Centre (NCOC) will recommend cutting short the 2021 summer break to compensate for early and prolonged winter holidays this year with increasing coronavirus prevalence in educational institutions but no consensus on a containment strategy.

Asad Umar, Federal Minister of Planning and Development and NCOC Chief, said that in terms of the number of people attached to it no sector comes near to the education sector.

“There are over 50 million students across Pakistan. Although children have the ability to fight the disease better, they are carriers [of the virus].”

“I think we should announce early and extended winter vacations to contain the second wave of infections,” he continued. “The summer break can be curtailed to ensure that the number of school days does not change.”

“It’s the simple inconvenience of attending school during summers versus saving lives and livelihoods now.”

Umar said the health minister was present at a conference of education ministers chaired on Monday by Federal Education Minister Shafqat Mahmood.

“The principal argument [presented in the meeting] was that if political jalsas are allowed, then how can we shut down schools?”

He said the Ministers of Education had deferred a decision on the matter, but the NCOC appeared to be very specific on the early and prolonged winter holidays.