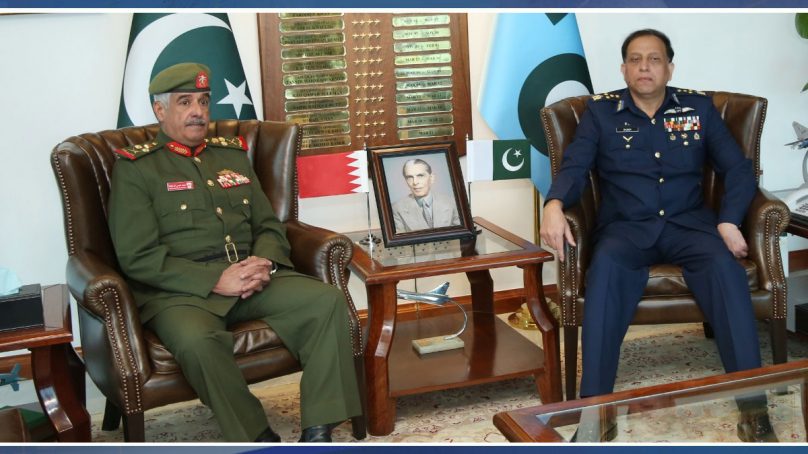 Air Chief Marshal Zaheer Ahmed Baber Sidhu, Chief of the Air Staff, Pakistan Air Force met the Defence Minister of Nigeria and Commander of the National Guard of Bahrain in two separate meetings today. Matters of professional and mutual interest were discussed during the meetings.

Minister for Defence of Nigeria Major General Bashir Salihi Magashi (Retd) commended the professionalism of PAF and acknowledged its developing indigenous capacity in the aviation industry. Air Chief said that Pakistan and Nigeria had longstanding religious, cultural and historical bonds which were manifested through strong ties between the Air Forces of the two countries. He also thanked the Nigerian government and military leadership for their trust in JF-17 Thunder fighter jets.

The visiting dignitary appreciated Pakistan’s role in regional stability. He also acknowledged the professionalism of the Pakistan Air Force.  He assured to play his role for further improvement in diplomatic and military cooperation with Pakistan at all levels. Measures to further enhance professional cooperation between the two brotherly countries were also discussed during the meetings.

PM Khan Urges Nation to Stand with PTI on March 27