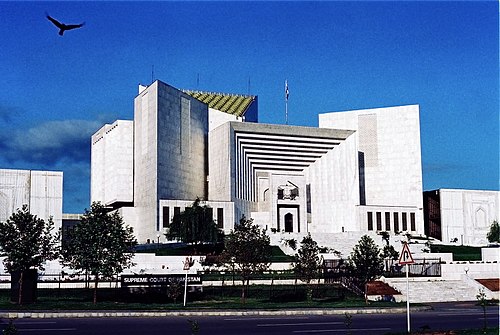 The Supreme Court said that the Islamic Law of Inheritance and distribution of property cannot be altered by any judiciary committee or tribal jirgas. The bench was chaired by Justice Qazi Faez Isa and Justice Yahya Afridi over the property dispute in Swat. During a hearing, Justice Qazi Faez Isa stated that the laws given by Islam are final and the decision of jirgas is not greater than the divine religion. He added that the area where such cases come to light has always considered women as lesser beings.

Justice Isa emphasized that the matter of inheritance was settled by the religion 1,400 years ago and there is no room for changes in them. Stressing the incident of a seven-year-old kid witnessing the Jirga’s decision and stamping his thumbprint, he added that such documents make a mockery of the law as a minor cannot be hanged in a murder case. On Swat Jirga’s ruling, he stated that women aren’t considered human beings over there where women are deprived of their basic inheritance rights by the tribal communities.

Do you think the apex court’s remarks will impact the so-called jirga system of Pakistan?