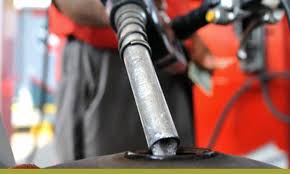 The government switched from monthly to fortnightly, following the oil industry ‘s demand to save them from inventory depletion.

The government has decided to keep the August petroleum prices for September 2020.

According to a statement released by the PM Office, Premier Imran did not endorse the Ogra, Petroleum and Finance Division’s proposal for a rise in petroleum product prices.

“People are already facing high food inflation and need some reprieve, especially because of heavy rains,” PM Imran said, underlining that the government would have to forego Rs17 billion in taxes which would be given as subsidy to the people to moderate their burden.

Ogra had proposed a raise in petrol price of Rs9.71 per liter, and high-speed diesel (HSD) of Rs9.50 per liter.

The regulator forwarded its recommendation to the federal government to increase the prices of petroleum products. The petrol and HSD prices were determined based on the new oil levy rate at Rs30 per liter, which is higher than the new Rs26 per liter.

This is the first time Ogra has fortnightly determined the price of petroleum products and changed the price benchmark for Pakistan State Oil (PSO) to Platts indexes with effect from September 1.

Shahbaz to visit Karachi to sympathize with those hit by rain