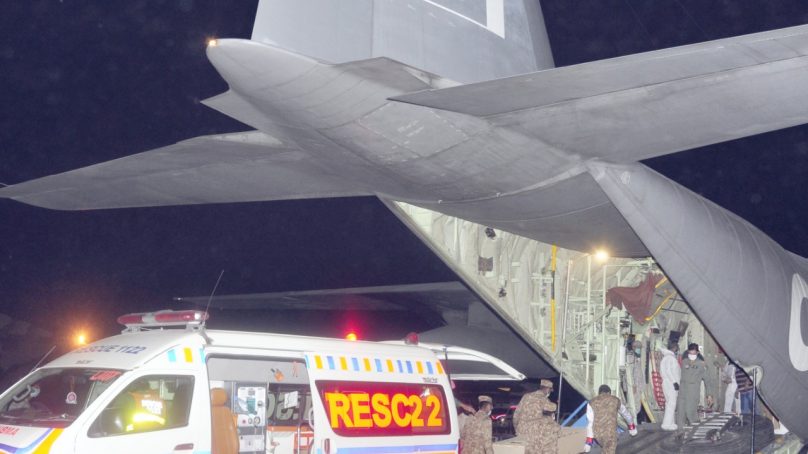 On the instructions of Government of Pakistan, a PAF C-130 aircraft carrying dead bodies of Sikh Yatrees landed at PAF Base Peshawar. The dead bodies of 21 Sikh Yatrees and a driver, who died in a dreadful collision between a coaster and train near Sheikhupura, were airlifted from PAF Base, Lahore last night. The relatives of the deceased had gathered at the PAF base Peshawar to receive the dead bodies. 11 males, 10 females and a four year child died in the accident, while 05 injured are under treatment at the hospital.

Meanwhile, Air Chief Marshal Mujahid Anwar Khan, Chief of the Air Staff, Pakistan Air Force in his message has said that he is grieved at the loss of precious lives in the tragic accident. He also expressed heartfelt condolences with the bereaved families who lost their dear ones and also prayed for the early recovery of the injured.