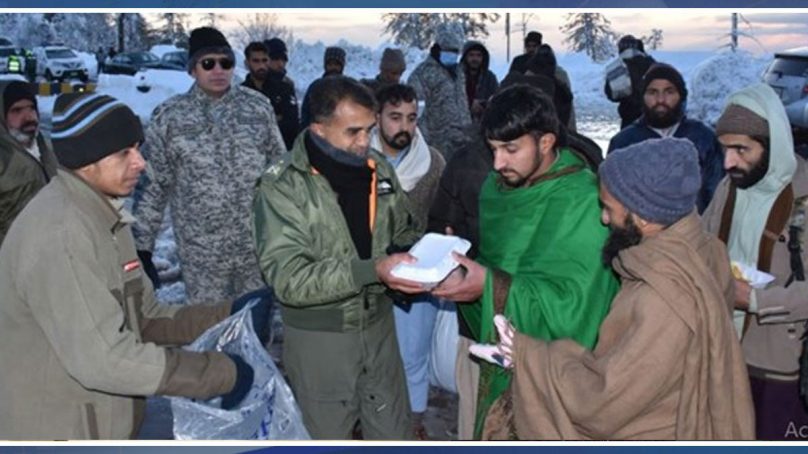 Keeping the tradition of serving the nation during natural calamities, Pakistan Air Force is relentlessly carrying out rescue and relief operations in flood affected areas of Balochistan. During the operations, a number of sorties have been flown by PAF transport aircraft and helicopters in which relief goods including ration, tents, food items, medicines, drinking water, blankets and essentially required machinery have been airlifted. PAF has also established Medical Camp in Pasni to provide medical facilities to the flood affected people.

And also Operations for the evacuation of snow storm stranded tourists in Murree and Galyat are in full swing by Pakistan Air Force. During the rescue operations, PAF personnel have shifted more than 100 persons including women and kids at PAF Bases Kalabagh and Lower Topa to facilitate the sufferers during this testing time. Shelter, food and medical facilities are being provided round the clock to the affected families by the rescue teams of PAF officers and airmen.