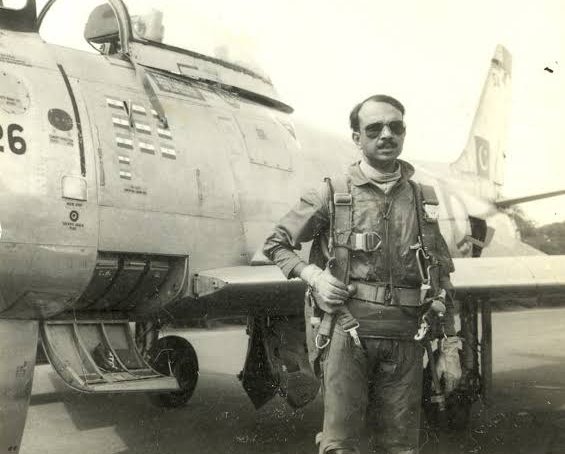 PAF is paying tribute to the 1965 war hero Air Commodore Mohammad Mahmood Alam (Late) on his 8th death anniversary. Alam achieved the remarkable feat of downing 5 Indian Air force jets in under one minute during the 1965 war – A record that remains un beaten till date.

The legendary PAF pilot shot down five Indian fighter jets piloting his F-86 Sabre jet plane, becoming an “Ace in a Day” on 7th September 1965. In total he had 09 kills and 02 damages during a period of 11 days. The war hero was honored with the prestigious ‘Sitara-e-Jurat’ with BAR for his outstanding performance in the 1965 war.

The war hero breathed his last on 18th March 2013, in Karachi after a prolonged illness.

Last year The directorate of media affairs of the Pakistan Air Force (PAF)  paid homage to , M.M. Alam, on his 85th birth anniversary by releasing a short documentary film, of two minutes and 27 seconds duration.