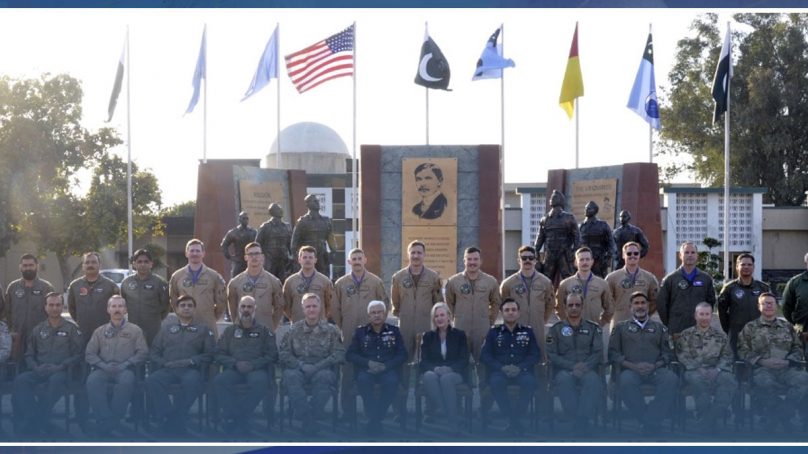 The exercise started on 26th Feb, 2022 with the deployment of USAF fighter jets at an operational base. The exercise was aimed at Interoperability in complex Air Operations in realistic contemporary scenarios. Interacting with the combat crew of both the air forces, Air Marshal Zahid congratulated the participants on successful completion of the exercise.

He also appreciated the air & ground crew for smooth and professional conduct of this significant exercise. He added that both the air forces have a long history of enviable cordial relations and hoped that this exercise would certainly enable both the air forces to learn from mutual experiences in addition to promoting inter-operability.