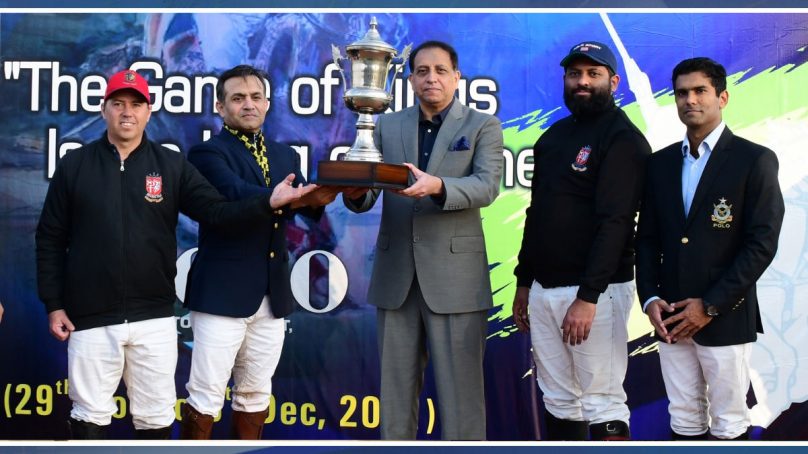 The Chief Guest gave away prizes amongst the players and awarded the CAS Challenge Polo Cup to the winning team.  The Air Chief congratulated the winners and appreciated the club management for the successful conduct of the event in order to promote sports in Pakistan. The chief guest also emphasized the significance of sports for the mental as well as physical health of the youth.

The tournament commenced on 29 November 2021 and 08 teams (PAF, PAF Blue, PAF White, Asean Kalabagh, Boquival, Buraq ASC, Hakuna Matata, and PBG) participated in the tournament. Diplomats, high-ranking military & civil officials, and polo enthusiasts witnessed the match. CAS Challenge Cup Polo Tournament was introduced in 1985 and ever since it has been a regular feature in the PAF Sports Calendar.