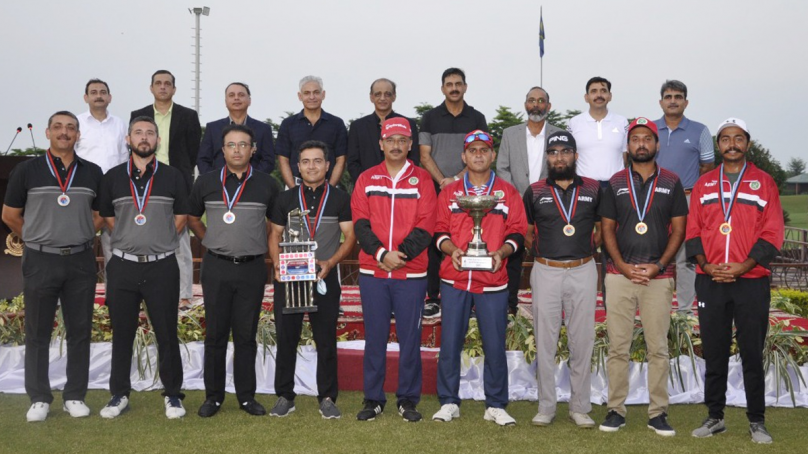 While speaking at the occasion, the Chief Guest thanked all the participants who made the event a success, even during the present Covid Pandemic situation. He further said, the tournament had proven that golf is a powerful game to bring together the sister services to pursue the healthy sports activities.

Inter Services Golf Championship was played between the teams of Army, Navy and Air Force from 15 to 19 September, 2021, which aimed at offering an opportunity to the tri-service golfers to interact with each other and promote healthy sports activities.