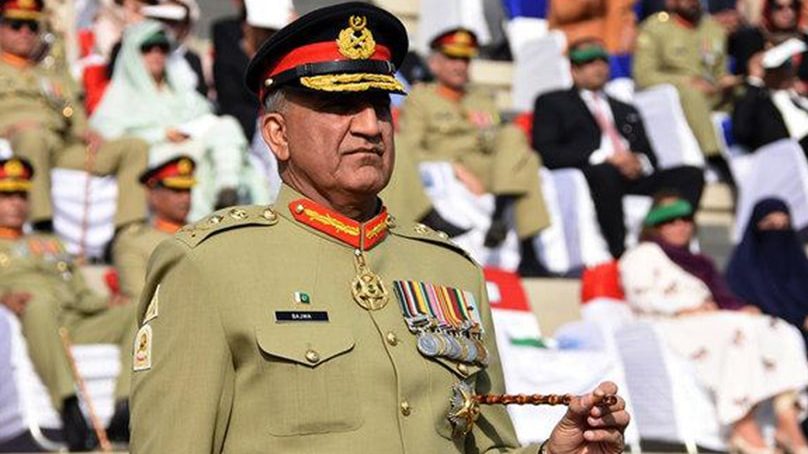 Chief of Army Staff (COAS) General Qamar Javed Bajwa on Friday has  vowed to fight for the rights of Kashmiris till last breath, soldier and bullet.

Addressing a main ceremony in connection with Defence and Martyrs Day at the General Headquarters in Rawalpindi, the army chief said Pakistan is incomplete without Kashmir and that we have always stressed on peaceful negotiations to maintain regional security.

He emphatically stated that Pakistan’s armed forces have not and will not refrain from any sacrifice for the defense of the motherland.

The Army Chief said a peaceful and strong Pakistan is our destination and we are steadfastly moving towards that end.

General Qamar Javed Bajwa said the country’s armed forces ensured the security of the motherland by rendering sacrifices both in the conventional war and the fight against terrorism.