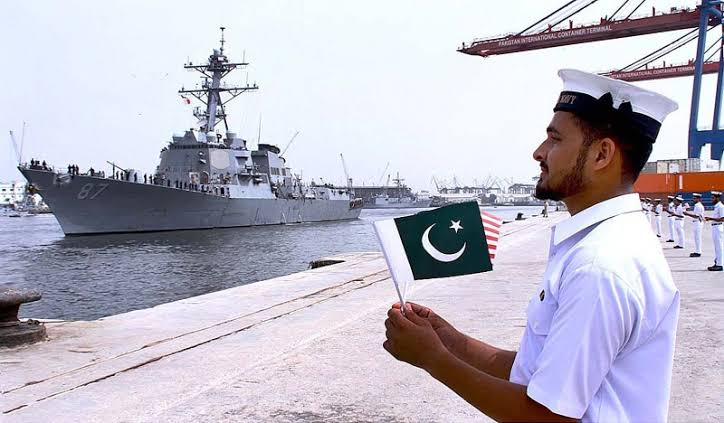 Today, the role of militaries around the world has been transformed from a traditional to a non-traditional one. This has been observed under the emerging non-traditional threats to national security including violent extremism, terrorism, natural calamities, floods, earthquakes, and other disastrous events. National security is often misunderstood as it was always linked with the defence of the borders against the established enemy. However, the changing nature of threats pushed the states to work out against the non-traditional threats they are facing and how to deal with them in a synergized manner. With no exception, Pakistan is also facing this phenomenon.

In these challenging times, Pakistan’s armed forces always stand shoulder to shoulder with the Federal and Provincial governments to mitigate the risks posed by any crisis like situation. In the event of natural calamities, armed forces are deployed to conduct relief operations in the aid of civil administration apart of National Disaster Management Authority (NDMA). The principal responsibility of the armed forces is to involve in the damage control stage and to revolve around the rescue and relief operations to assist the civil administration, as and when required.

As per the National Disaster Response Plan 2010 formulated by NDMA states; “The Armed Forces have always contributed very effectively in emergency response operations and provided immediate relief through massive air and ground efforts. The Armed forces, although not trained to perform/conduct rescue and post-disaster relief operations, are utilized by the civil administration because of readily available manpower and national resources with them”. With respect to the aforementioned role, the Armed Forces are used to conduct relief operations across the country to mitigate the risks foreboding the society.

Pakistan Navy along with Pakistan Army, PAF, and LEAs is contributing effectively in this domain. It is not only assisting the civil administration in the relief operations but is also executing a self-sustained nationwide humanitarian assistance program with the help of civil society which includes a large number of donors, philanthropists, and volunteers. The Human Assistance campaign of the Pakistan Navy was designed in a way that it should expand all across the country, encompassing a variety of relief operations and that too without maintaining any discrimination of race, religion, caste, creed, and language, etc.

The Pakistan Navy in this regard extended its role by donating food items to the needy families in the coastal and creek areas of Sindh and Balochistan. Besides carrying relief operations in these areas, the Pakistan Navy also continued relief drive and thousands of ration bags and medicines were distributed to deserving families in far-flung areas of Pakistan. Also, it can be analyzed based on official press releases shared by the Pakistan Navy that around 70,000 Ton of Ration, more than 50,000 PPEs, and Medical equipment have been distributed all across Pakistan with a special focus on coastal areas during the Covid pandemic. It is well said that crisis brings the best from the nations.

Keeping its tradition of humanitarian assistance alive, the Pakistan Navy has recently established a free medical camp in Azad Jammu and Kashmir to provide medical assistance to the people of the area. The camp is providing medical treatment and medicines to the local patients. The medical team at the camp included qualified Doctors/Physicians, Specialists in Medical, Gynaecology, Surgical, Child, and Skin from Pakistan Navy. The establishment of the Medical Camp by the Pakistan Navy was widely appreciated and generated tremendous goodwill amongst the local populace.

In nutshell, Pakistan Navy though has a supportive role in disaster management but it has gone an extra mile to support AJK Government in providing basic health facilities at the doorsteps of far-flung areas. In addition to the generation of goodwill, the free medical camps will surely enhance maritime awareness of the local populace due to the direct engagement of the Pakistan Navy with the media and people of AJK.

Pakistani model found dead at her residence in Lahore

A man in possession of a firearm near the Parliament House