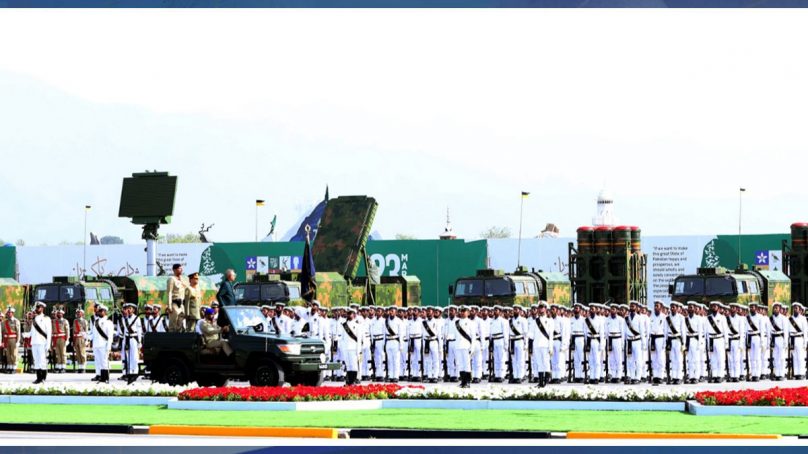 Pakistan Navy celebrated Pakistan Day with traditional zeal & zest. This day is symbolic reminiscent of the great efforts of Muslims of the sub-continent recalls their determination and fortitude that changed the course of history. Pakistan day resonates with the demand for a separate homeland to safeguard the sanctity of rights of Muslims in the sub-continent. Every year this day marks the determination and eminence of a resilient Muslim nation that fights all odds with unity and commitment.

The day dawned with Gun Salutes while prayers were offered for the solidarity of the beloved homeland. Flag hoisting ceremonies and illuminations were organized onboard Pakistan Navy Ships and Establishments as per ceremonial norms.

During other activities of the day, a boat rally of local fishermen,  debate competitions, and Pakistan Zindabad rally by students of Bahria Colleges was held at Ormara and Gwadar in which the local populace actively participated. Honorable President of Pakistan, Dr. Arif Alvi approved awards for officers and men of Pakistan Navy which included 03 Hilal-i-Imtiaz (Military), 07 Sitara-i-Imtiaz (Military), 05 Tamgha-i-Imtiaz (Military), and 01 Tamgha-I-Basalat. In addition, 40 Letters of commendations were conferred by the Chief of the Naval Staff for outstanding performance by officers and men of the Pakistan Navy.