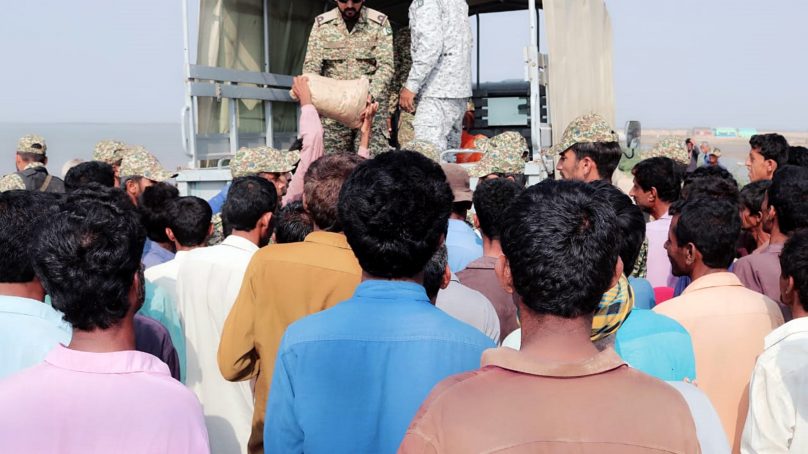 With an aim to facilitate rehabilitation of effectees of sea cyclonic storm ‘Kyarr’, rations were distributed by Pakistan Navy in suburb areas of Keti Bandar in Thatta district of Sindh.