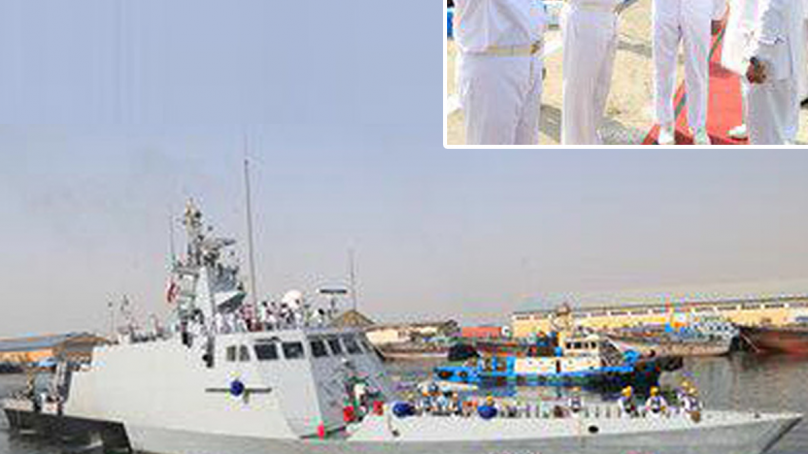 Pakistan Navy Ship AZMAT visited port Bandar Abbas, Iran during overseas deployment to Persian Gulf/ Gulf of Oman. Upon arrival, Islamic Republic of Iran Navy (IRIN) extended warm welcome and PN Ship was received by senior officers of IRIN and Defence Attache of Pakistan in Iran.
During the port stay, Mission Commander along with Commanding Officer of PNS AZMAT called on Governor General and Representative of Supreme Leader of Hormozgan Province and Cdr 1st Naval District of IRIN. During the interactions, Mission Commander conveyed good wishes of Chief of the Naval Staff Admiral Muhammad Amjad Khan Niazi for the people of Iran in general and the IRI Navy in particular. The Mission Commander also extended gratitude for the whole-hearted support provided by Iranian authorities for PN Ship Port Call during COVID-19 scenario.
Pakistan Navy Ship AZMAT also participated in Passage Exercise with IRI Navy Ships ALBORZ, FALAKHAN AND KHADANG. The visit of PN Ship and participation in exercise with IRI Navy is a manifestation of PN resolve to work with regional navies in order to enhance peace and security in the region.
Pakistan Navy believes in promoting stability in the region and has remained committed to maritime security and order at sea. The visit of PNS AZMAT is aimed to further strengthen bilateral ties and enhance naval collaboration. It is expected that the recent visit will further contribute towards strengthening close and fraternal ties of Pakistan with Islamic Republic of Iran.