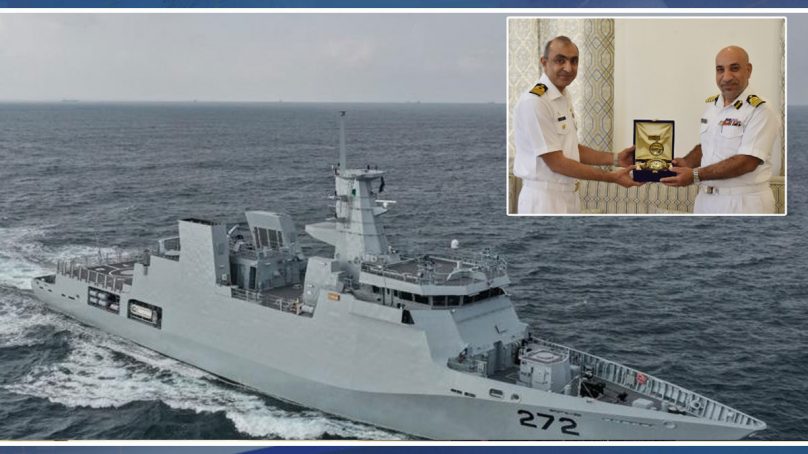 PNS TABUK is part of the 25th Destroyer Squadron of the Pakistan Navy Fleet and is equipped with the latest weapons and sensors to perform maritime operations in a multi-threat environment.

Upon arrival at Duqm, the ship was received by Defence Attaché of Pakistan at Oman and officials from the Royal Navy of Oman (RNO). During the visit, Commanding Officer of PNS TABUK Captain Muhammad Umair called on Central Naval Area Commander of Royal Navy Oman (RNO) and Director of commercial and port operations of Duqm. During the interactions, matters of mutual interests were discussed and enhancement of bilateral ties in all spheres was re-affirmed. Commanding Officer on behalf of Chief of the Naval Staff Admiral Muhammad Amjad Khan Niazi conveyed good wishes for the people of Oman in general and the RNO in particular.

The port visit to Duqm, Oman is expected to further enhance existing close diplomatic ties and cordial relations between the two countries.