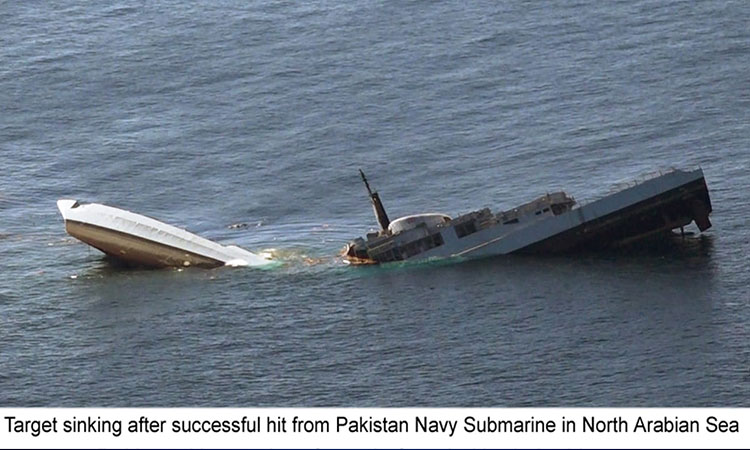 Pakistan Navy Submarines successfully engaged their intended targets with Anti-Ship Missiles and Torpedoes. The successful firings have re-affirmed Pakistan Navy’s offensive capability and operational readiness. Chief of the Naval Staff expressed his complete satisfaction on the combat readiness of PN Fleet and commended officers and men for their commitment and professionalism.

On the occasion, Chief of the Naval Staff reassured the nation that Pakistan Navy is fully prepared and ready to thwart any aggression against Pakistan’s maritime frontiers. He also underscored that Pakistan Navy will continue to play its part in making defence of the country impregnable.