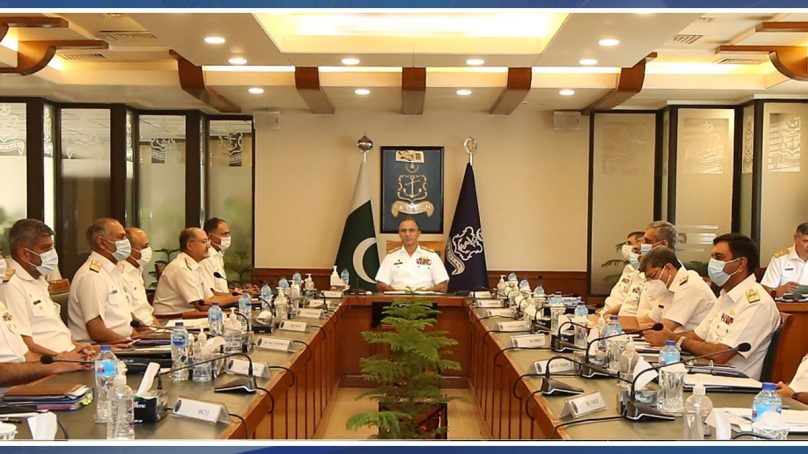 Matters related to the geostrategic milieu, national and regional security, operational preparedness, training, and welfare of troops were reviewed. Briefings on various ongoing and future development projects of the Pakistan Navy were also given to the Naval Chief. The forum took a comprehensive review of maritime security challenges in the region and also reaffirmed solidarity with the people of Indian Illegally Occupied Jammu & Kashmir (IIOJ&K) for the rightful struggle for self-determination.

The Naval Chief highly commended the unremitting vigilance of the Pakistan Navy in detecting the Indian Submarine and reiterated the resolve to thwart cowardly acts posed by the enemy. The Admiral expressed confidence over the high state of operational preparedness of the Pakistan Navy to meet all challenges while safeguarding the maritime frontiers of Pakistan.

Command & Staff Conference is the apex decision-making body of the Pakistan Navy in which Chief of the Naval Staff along with Principal Staff Officers and Field Commanders undertake a strategic review of Pakistan Navy’s Policies and Plans as well as the prevailing security environment.