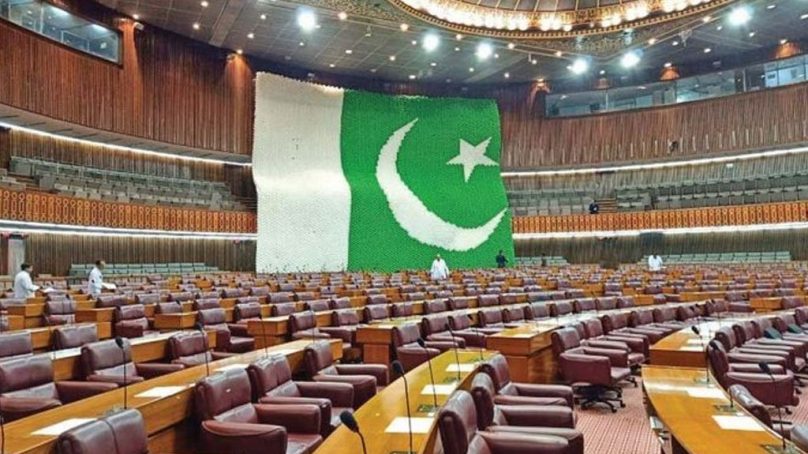 Pakistan has won the world record for using balloons to prepare the biggest national flag.  The flag, which the Pakistan Hindu Council (PHC) had made using more than 60,000 green and white balloons, weighed 40 feet long and 60 feet wide, was placed in last year’s National Assembly hall.

The NA speaker, in welcoming the Hindu community, observed that the role of minorities in the country’s growth was commendable.

He expressed hope that minorities living in Pakistan will continue to play their part in shining the light on the country’s name.

“This is an expression of their affection and bonding with the country. The entire Pakistani nation pays regards to their sentiments and love,” he added.

Speaking on the occasion, Dr. Kumar remarked that it was his heartfelt wish to make a national flag and dedicate it to the country with the help of balloons in the hall of the National Assembly on August 14, last year.

He credited the Guinness Book recognition to the country’s people, and expressed his gratitude to the speaker of the National Assembly.