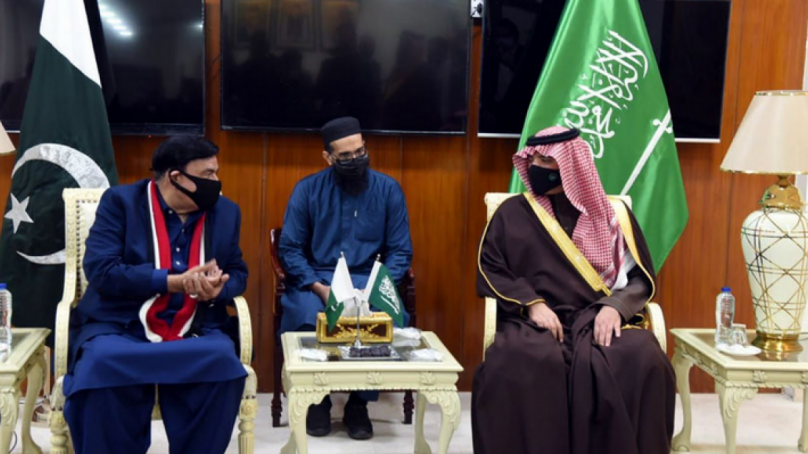 Interior Minister Sheikh Rasheed held a meeting with his Saudi counterpart, Prince Abdul Aziz bin Saud bin Naif. The six-member delegation visited the Ministry of Interior where they met Sheikh Rasheed and other senior members. During the meeting, the two leaders discussed strengthening bilateral cooperation between the two interior ministries. Moreover, issues such as regional security, mutual interest, adding that both the ministers agreed on better liaison to address issues such as security challenges.

Sheikh Rasheed spoke about the event and said that Saudia Arabia has great importance when it comes to its relationship with Pakistan, adding that these relations are long-lasting. The Minister thanked the Saudi government for taking care of 2 million Pakistani workers in Saudi Arabia who are precious assets to the country. Prince Abdul Aziz bin Saud bin Naif highlighted that Pak-Saudi relations depend on mutual trust and brotherhood.

PSL 7: Everyone in Awe of Babar Azam’s Stellar Catches against Islamabad United