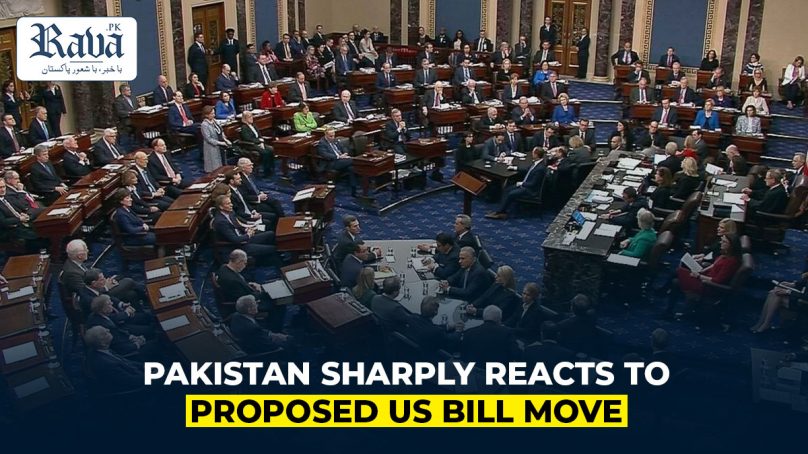 On Wednesday, Pakistan reacted to the proposed bill being debated in the US Senate that seeks to impose restrictions on the Taliban, its supporters, as well as evaluating Pakistan’s purported role behind the debacle of Kabul and Panjshir, terming the move as uncalled-for and not in line with the spirit of the two countries’ cooperation on Afghanistan since 2001.

In a statement, Foreign Office stated: “We see that a debate is under way in Washington both in the media and on the Capitol Hill to reflect on and examine the circumstances leading to the US withdrawal from Afghanistan.”

The statement also read that the draft legislation presented in the US Senate by a group of Senate Republicans appears to be a rejoinder to this discussion.

“The legislation includes references to Pakistan that are completely unwarranted. We find all such references inconsistent with the spirit of Pakistan-US cooperation on Afghanistan since 2001, including facilitation of the Afghan peace process and during the recent evacuations of American and other nationals from Afghanistan,” the statement further read.

The statement also said that Pakistan has constantly upheld that there is no military solution to the conflict in Afghanistan. Likewise, an intimidating approach will not work and the only way to achieve lasting sustainable peace in Afghanistan is through engagement and discourse.

“Moreover, sustained security cooperation between Pakistan and the United States would remain critical in dealing with any future terrorist threat in the region. Such proposed legislative measures are; therefore, uncalled for and counterproductive,” the statement asserted.

Sindh and Balochistan to face heavy rains and urban flooding

World Maritime Day: A call for recognition of seafarers