Pakistan should not depend on others for its own destiny: Sardar Masood Khan - Rava.pk
Recent View all
Editors Choice
Read more

Home  »  News   »   Pakistan should not depend on others for its own destiny: Sardar Masood Khan 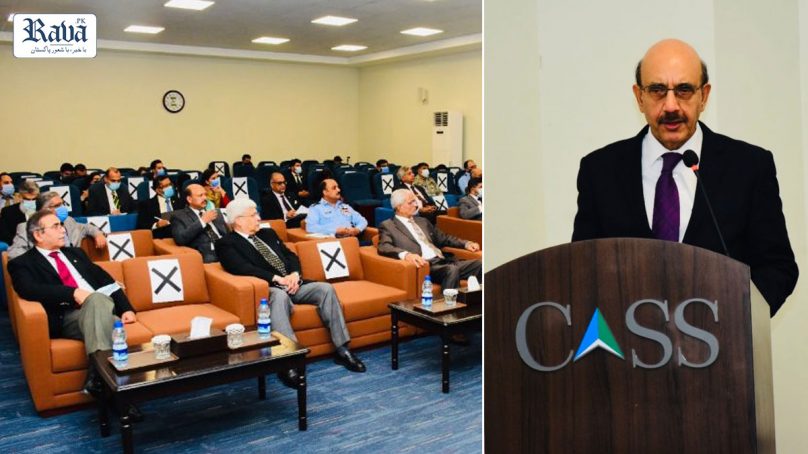 Pakistan should not depend on others for its own destiny: Sardar Masood Khan

He stated that the world order is in flux and Pakistan should be prepared for more rapid developments in the region. The Indian animosity and the evolving situation in Afghanistan have put Pakistan on the international radar and Pakistan needs an astute approach to convert these challenges into opportunities.

He said that economic development is of pivotal and strategic importance for Pakistan. He suggested that Pakistan should diversify its international engagements and reduce external dependence, to promote both its security and economic interests. However, he warned against relying on any single major power. Sardar Masood Khan paid rich tributes to Pakistan Air Force for its heroic contributions towards national security and appreciated PAF’s vision and commitment to developing an indigenous Aerospace industry. He recommended that Pakistan must build its self-image as a nation, based on hope and self-confidence and take ownership of our own destiny. He urged the nation to build partnerships based on common interests but not to look for new masters. He also suggested that Pakistan should use all its instruments in a shrewd and astute manner based on realpolitik while engaging with the world. He said that India is afraid of Pakistan’s defence capabilities and nuclear deterrent. That is why, New Delhi is not interested in direct confrontation with Pakistan and has developed a strategy, based on skirting around our nuclear capability, by using hybrid warfare, terrorism, and hostile narratives against Islamabad.

This lecture was followed by a vibrant discussion in which a large number of senior serving and retired military officers, scholars, and analysts actively participated. Air Marshal Farhat Hussain Khan (Retd), President CASS delivered the concluding remarks in which he appreciated the longstanding services of Sardar Masood Khan for Pakistan, PAF, and CASS and also presented a memento to the distinguished guest speaker.

Public holiday declared in Karachi due to tropical cyclone