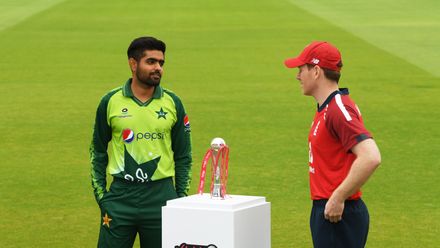 In July next year, Pakistan’s cricket team will visit England again to play a series of three Twenty20 Internationals and as many One-Day Super League matches.

This will be the Pakistan cricket team’s sixth consecutive tour of England since 2016.

In England in 2019, Pakistan played a bilateral white ball series as well.

Pakistan will now play three ODIs against England on the 2021 tour in Cardiff on July 8, Lord’s on July 10, and Birmingham on July 13, while three T20Is will be played in Nottingham on July 16, Leeds on July 18, and Manchester on July 20, respectively.

Pakistan’s captain Babar Azam said that since 2016, the national team has been touring England every year and it is like a second home for Pakistan.

The skipper said that the performance of the team has improved vastly by playing consistently in England.