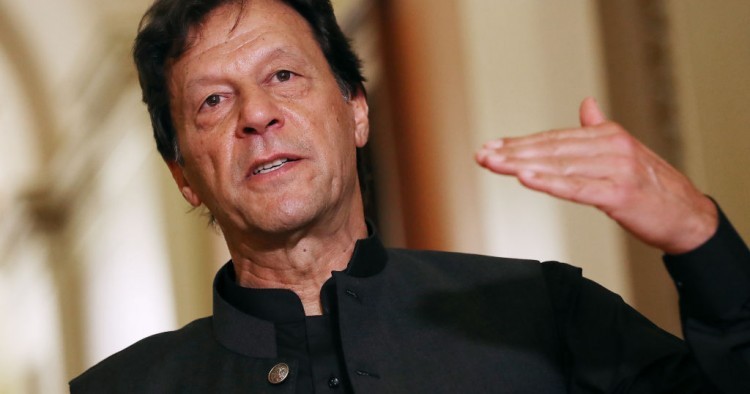 ISLAMABAD: Prime Minister Imran Khan said on Wednesday that Pakistan will always be in the Indian Illegally Occupied Jammu & Kashmir (IIOJK) with its brothers and sisters until they have the right to self-determination by a free and impartial plebiscite under the United Nations, in compliance with applicable UNSC Resolutions.

Issuing a message on one year of unprecedented killings, massacres, blatant human rights abuses and complete lockdown by Indian occupying forces in Kashmir, the Premier said the day marks 365 days of unprecedented, barbaric military siege and communication blockade after India’s unconstitutional and unilateral acts of 5 August 2019.

“It is a crime against humanity that has destroyed lives, crippled livelihoods, and imperilled the very identity of the people of Indian Illegally Occupied Jammu & Kashmir (IIOJK),” the premier stated in the message.

“Let me be absolutely clear: Pakistan will always be with its brothers and sisters in IIOJK. We will never accept, and neither will the Kashmiris, the illegal Indian actions and oppression of the Kashmiri people,” PM Imran said.

In his statement, PM Imran said that eight million Kashmiris were taken prisoner in their own homes, adding their communication with the outside world was intentionally revoked to hide the extent of human rights abuses committed by the Indian occupying forces against them.