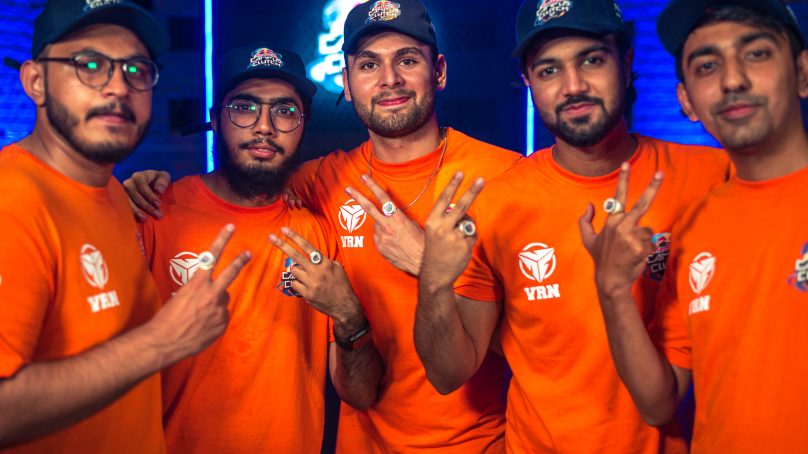 Lahore – 15th June 2021: Valorant team MaxD Esports has come a long way in the world’s largest university Valorant competition, Red Bull Campus Clutch. After cleaning the house locally against established teams and winning the Pakistan national finals, the team did the unthinkable and defeated India’s Team Villainous to win the South Asian regional finals to make it to the World Finals.

Their incredible wins, 2-0 each against Sri Lanka and India in the South Asia regional finals, have led MaxD Esports to reach the World Finals of Red Bull Campus Clutch.

Pakistan team dominated the charts against India with 13-6 and 13-8 scores in each round.

One of the biggest esports analysts Ryan Horton commented on the Pakistan team’s clean sweep in the regional finals, saying, “MaxD clearly knows what they are doing. This is a team that’s very well-drilled with its strategy. It’s not just a group of friends, but a solid squad who knows how to play.” Chambers was also impressed with MaxD, calling them “a well-oiled machine.”

All of them belong to different universities across Pakistan, from Iqra University, University of Karachi, University of Sindh, and SZABIST. Rehman, Ayub, Khattak, and Toufique were the founding fathers of VRNoobz whereas Khan joined them only three weeks before the Red Bull tournament was announced.

Anas (traNz) was declared the MVP of the match. As far as how it feels to defeat India and Sri Lanka and represent South Asia in the World Finals, Anas said, “All I can think of is that I want to win it for Pakistan. We want to win an international title. I am done with losing.”

MaxD Esports is planning to set up a boot camp before the offline LAN Finals next month in order to be ready to figuratively kick the ball out of the park in Spain. The Red Bull Campus Clutch World Finals are scheduled to be held in July in Spain where 12 of the finest Valorant teams from across the world are set to compete for the right to be declared the world champions.

Cinemas are considered to reopen from June 30, says NCOC