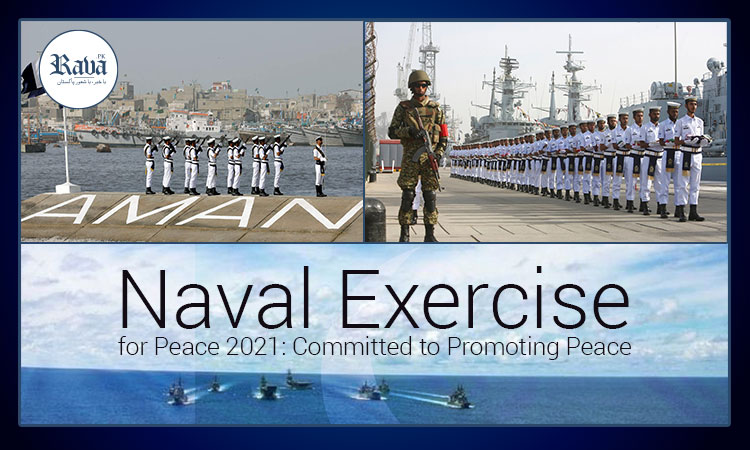 Allah Almighty has clearly explained the importance and usefulness of the sea for human beings in His inspired book, the Holy Qur’an.

And He it is Who has made the sea subservient to you so that you may eat from it fresh meat and adorn it. Take out the pearls you wear. And you see the ships tearing apart the water in the river, and so that you may seek (livelihood) by the grace of Allah so that you may be grateful for it” (Surat al-Khalil, verse 14).

There is hardly a time in human history when this verse has not proved to be true, as its characteristic manifestation is becoming apparent in today’s interconnected and dependent age. Large shipping by sea is not only less expensive but also about 163 times cheaper than air transport. Ninety percent of intercontinental goods are traded by sea, which is made possible by about 15 million containers, which sail more than 200 million times a year. In addition, more than 38,000 merchant ships of the world connect worldwide by sea to more than 4,500 international ports.

Covering an area of ​​68.56 million sq km, the Indian Ocean is the third largest ocean in the world covering about 20% of the earth’s surface. One hundred thousand ships travel over a wide area and this ocean is considered to be the sea of ​​the largest number of cargo movements in the world. It is an important waterway for transporting the world’s longest traveling cargo ships. About half of the world’s shipping and more than 80% of petroleum products are transported through this route. 65% of the world’s oil and 35% of its gas reserves are located in the coastal countries of the Indian Ocean. Many countries trade through this sea. The United States, France and Japan are major importers of energy from the Gulf. The East-West Sea Trade Route, which runs right through the North Indian Ocean, is the world’s most important trade route, with thousands of ships sailing on it at all times.

The 21st century has brought with it unprecedented opportunities for growth and prosperity, but these opportunities are accompanied by threats such as political and economic chaos and instability. In terms of the world’s national economies, they have grown exponentially in the 1980s, with demand for energy and industrial raw materials steadily rising.

At the same time, terrorism, piracy, exploitation of marine resources, deterioration of the economic system and global warming have led to an increase in various threats to global security, the economy and the environment. We need to think together. Every country is involved in maritime trade and its security can only be ensured through an integrated strategy of all partners.

The peace exercises conducted by the Pakistan Navy in 2007 and the International Maritime Conference are an extraordinary step towards improving maritime security in the western Indian Ocean. The slogan of this exercise is “Together for Peace” which formed the basis of this exercise. The number of delegates has been steadily increasing.

The purpose of conducting peacekeeping exercises is to exchange views and promote common thinking on issues of mutual interest, including maritime security issues, counter-terrorism and operations to assist humanity. As well as establishing stability, it is also an excellent means of further strengthening Pakistan Navy’s relations with regional and international navies. The conduct of peacekeeping exercises has not only increased the importance of the Pakistan Navy in the region as a regional force, but has also boosted the confidence of allied countries in the Pakistan Navy. Conducting Peace Exercise 2021 will further enhance this confidence.

Aircraft, helicopters, special operations forces / explosive ordnance disposal teams, marine teams and observers from many countries are participating in Exercise Peace 2021. The participation of so many countries in the Peace Exercise 2021 demonstrates the confidence of the international community in Pakistan’s efforts for peace and stability in the region and its commitment to work with Pakistan and Pakistan Navy in the future.