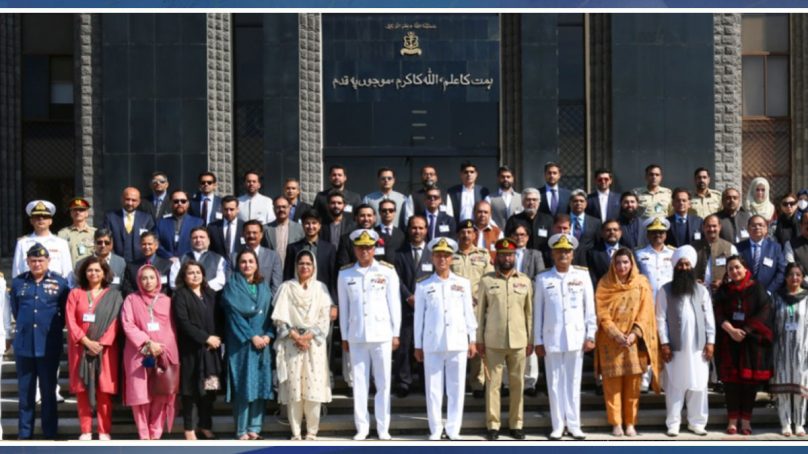 workshop participants were briefed on Pakistan Navy challenges and responses including PN contributions in the maritime domain and socio-economic development. Chief of the Naval Staff Admiral Muhammad Amjad Khan Niazi interacted with the participants of the workshop.

While addressing the participants, the Naval Chief dilated upon issues related to maritime security and the maritime potential of Pakistan. The Naval Chief underscored Pakistan Navy initiatives in enhancing maritime and coastal security, supporting the education & health sector, and socio-economic uplift of a coastal community.