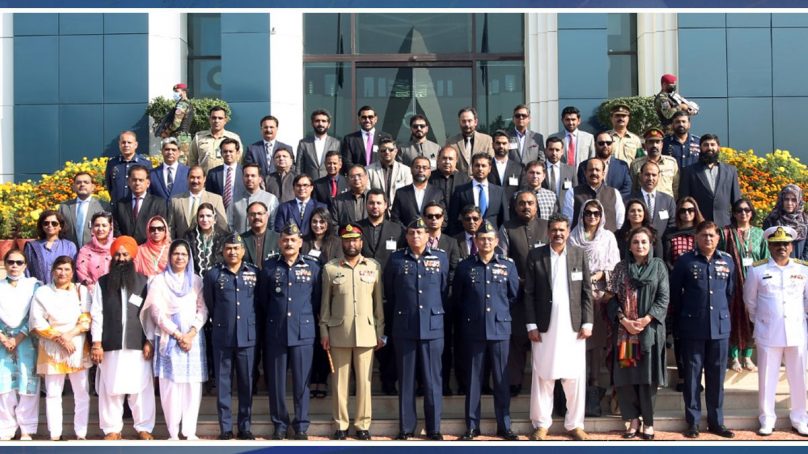 Air Chief Marshal Zaheer Ahmed Baber Sidhu, Chief of the Air Staff, Pakistan Air Force while addressing the participants said that Air and Space power has always been the decisive enabler of operations in the land and maritime environments. Referring to the regional geopolitical environment, he said that PAF is fully cognizant of the security challenges and is actively pursuing its operational development plans. He further added that Pakistan Air Force attaches utmost importance to its operational preparedness and remains ready to respond to any challenge to national security. Later, the Air Chief also interacted with the participants of the Security Workshop and answered their questions.

The visiting members of the National Security Workshop included parliamentarians, faculty members, and senior military as well as civil officers.