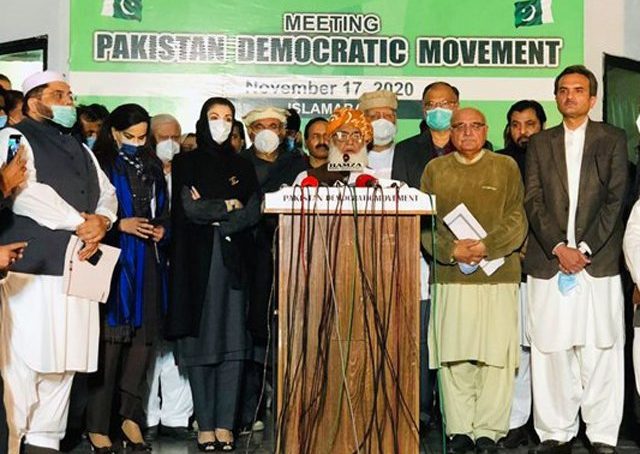 In yet another power show in Khyber-Pakhtunkhwa, the top leadership of the opposition Pakistan Democratic Movement (PDM) took potshots at the Pakistan Tehreek-e-Insaf (PTI) government, holding it responsible for growing lawlessness, food inflation, and poor governance in the country.

Although Pakistan Muslim League-Nawaz Vice President Maryam Nawaz did not attend the rally, the party was represented by its top provincial leadership, including Engineer Amir Muqam.