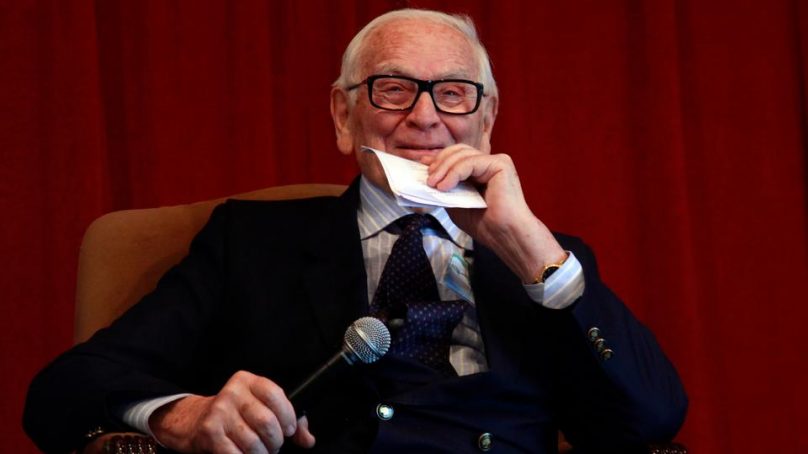 Legendary French fashion designer Pierre Cardin died at a hospital in Neuilly in western Paris on Tuesday at the age of 98, his family told AFP. Cardin was born in 1922 in Italy, but emigrated as a small child to France.

Cardin went on to create his own brand and pioneered the use of licensing in fashion, plastering the name of his label on products of all sorts, cutting his teeth working at top couture houses like Christian Dior. His savvy business sense brought him admiration but also scorn from fashion enthusiasts.

With his modern, avant-garde looks, he upended traditional fashion in the 1960s and ’70s. With bubble dresses and geometrical designs, he became known for his visionary innovations, dramatically changing fashion. By selling collections in department stores starting in the late 1950s, Cardin was also one of the first to introduce high fashion to the masses.

Although in his later years he no longer presented runway collections, Cardin remained active in the industry, attending parties and events and taking young designers under his wing.

He had been a mentor to influential designers like Jean Paul Gaultier previously.

His death was also confirmed on Twitter by France’s Academy of Fine Arts.

“It is with great sadness that the members of the Academy of Fine Arts announce the death of their fellow member Pierre Cardin,” the academy tweeted.