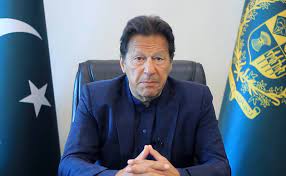 PM Imran Khan says the process of accountability will not stop

PM emphasized that the election process must be fair and clear. He mentioned that in the next elections, electronic voting will be taking place to ensure no rigging.

Punjab Chief Minister, Usman Buzdar enlightened the PM of the meeting with the Tareen Group. The matter was concluded with the demands of the group to be accepted.