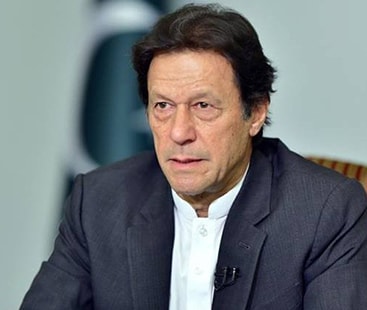 PM Imran to hold ‘big’ rally in Muzaffarabad on Friday

The premier took to Twitter and maintained that he will send a message to the world about the continuing siege of Indian Occupied Jammu and Kashmir (IOJ&K) by Indian Occupation forces.

Imran Khan stressed that he will show the Kashmiris that Pakistan stands resolutely with them.

We must send a strong message to Kashmiris that our nation stands resolutely behind them. So I am asking all Pakistanis for half an hour tomorrow stop whatever you are doing & come out on the road to show solidarity with the Kashmiri people.

“I am going to do a big jalsa in Muzzafarabad on Friday 13 Sept, to send a message to the world about the continuing siege of IOJK by Indian Occupation forces; & to show the Kashmiris that Pakistan stands resolutely with them.”

KPK Rattles as an Earthquake of 5.2 Magnitudes Strikes