Home  »  News   »   PM Imran wants to follow China, wishes he had power to lock up 500 powerful Pakistanis for corruption 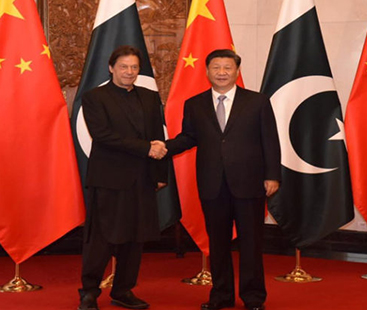 On Tuesday, Prime Minister Imran Khan said corruption was one of the biggest impediments to investments coming into the country.

Addressing the China Council for Promotion of International Trade, PM Imran said the government was committed to providing an investor-friendly environment.

Hailing the economic progress made by China, the prime minister said the way it [China]has lifted seven hundred million people out of poverty in the last thirty years as an example for the whole world.

“One of President’s Xi’s crusades has been against corruption and from I hear that some 400 ministerial-level people in the last five years have been convicted of corruption and put behind jail,” PM Imran said.

He continued, “This is important not only for Pakistan but for most of the developing world because corruption stops investment. Corruption is one of the biggest impediments to the investments coming into your country.”

“Firms will invest in economies that are cleaner,” the prime minister said.

“I wish I could follow President Xi’s example and put 500 corrupt people in Pakistan in jail,” PM Imran added