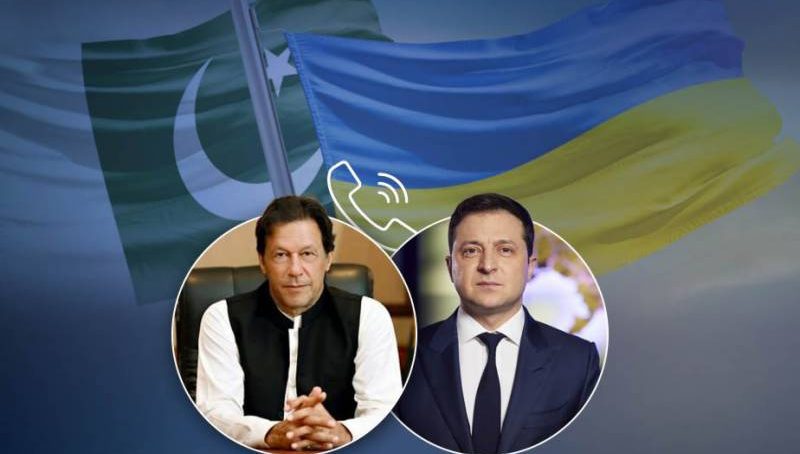 In a phone conversation with Ukraine’s President Volodymyr Zelensky on Tuesday, Prime Minister Imran Khan expressed deep regret over the humanitarian crisis in Ukraine and called for an “early suspension of hostilities.” This was the first phone conversation between the two leaders since the war between Russia and Ukraine began more than a month ago. Khan underlined that “non-partisan countries like Pakistan” are in the right position to play a “helpful role” in ending the hostilities between Ukraine and Russia.

PM Khan also ensured Pakistan’s support in the resolution of the conflict through dialogue and formulation of diplomatic solutions. Zelensky took his Twitter account and informed the world about the conversation between the two leaders. He wrote, “Had a phone conversation with Prime Minister Imran Khan. Spoke about our struggle against Russian aggression. The people of 🇺🇦 seek peace. This is our unconditional priority.”

PM Office also released a statement mentioning the discussion of both leaders on the evolving situation in Ukraine. The statement said, “The Prime Minister added that he had been persistently highlighting the adverse economic impact of the conflict on the developing countries, manifest in rising prices of oil and commodities.”