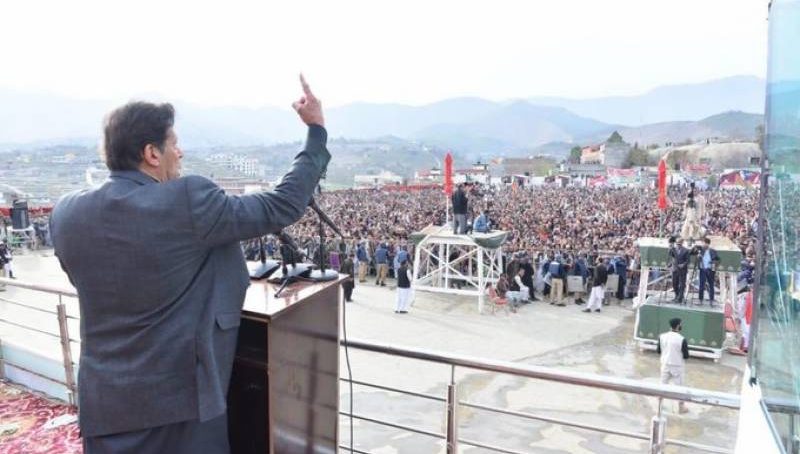 Addressing a political event at Hafizabad, PM Khan said that the state and judiciary are responsible for convicting the corrupt politicians who want to topple the state through horse-trading. After the day the opposition submitted a no-trust motion against the premier, PM Khan commented that these politicians were facing several cases of graft and money laundering. He called on the state to act against this practice and remove it once and for all.

He spoke to the public as he said that the main objective of joining politics was for the future of the youth and Pakistani people a great nation. He said it can only be achieved when people of different ethnicities share the same ideology. He said, “We can never become one nation unless we give up slogans such as ‘Wake up Punjabi’ and ‘Sindhu Desh’, and stop running independence movements.”