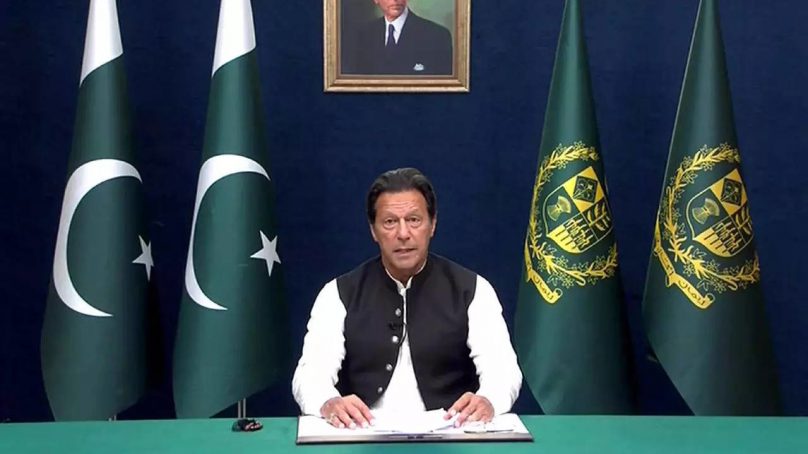 In what appeared to be a slip of the tongue, Prime Minister Imran Khan named the United States as the country behind a ‘threat letter’ alleging to reveal “proof” of a foreign plan to destabilize his government on Thursday. The government revealed on Wednesday that its claim of a foreign conspiracy was based on a diplomatic cable obtained from one of the country’s overseas missions.

PM Khan said that he hadn’t revealed the details about the letter but there were horrifying texts in it. He said that the memo wasn’t only against him and his government, it was against the nation. He stated, “The letter stated that the no-confidence motion was being tabled even before it was filed, which means the Opposition was in contact with them. It stated that if the no-confidence motion passes, Pakistan will be forgiven, if not, there will be consequences.”

He lashed out at the opposition parties who are ready to topple his government. He referred to them as “three stooges”. He added that the foreign powers know the properties and assets of the corrupt politicians. He said, “Will the foreign countries want such corrupt people in power in their states? They are ready to accept such corrupt politicians, but I am not acceptable to them.”

Do you think it was a slip of the tongue or a deliberate act aimed at discrediting the US?