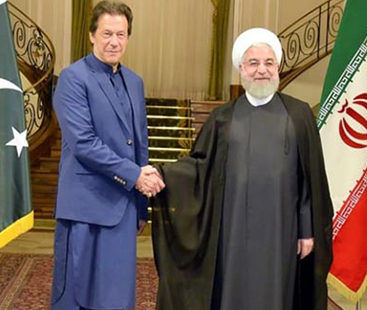 TEHRAN: Prime Minister Imran Khan on Sunday held a meeting with Supreme Leader of Iran Ayatollah Seyyed Ali Khamenei and thanked him for extending support to the people of India-occupied Jammu and Kashmir, who are struggling for their right to self-determination.

Imran Khan said that the Muslim community is facing lots of challenges internally and externally.

Prime Minister Khan said it is important to articulate a message of unity and solidarity among the Muslim nations.

“Pakistan attaches high importance to bilateral ties with Iran,” the prime minister was quoted as saying by the PTI. “Pakistan is willing to play its role towards strengthening peace and stability in the region.”

“War between Saudi Arabia and Iran should never happen. The issue is complex but can be resolved through dialogue for which I am here”, he said.

President calls for quality education to youth as per industries’ demands