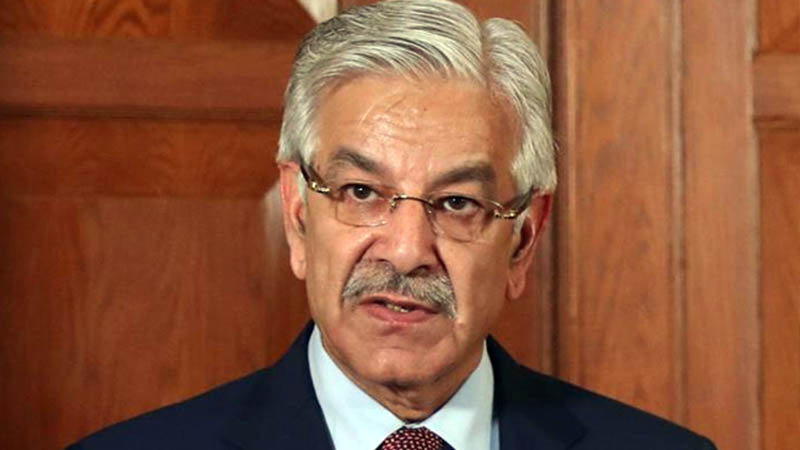 In the context of an ongoing inquiry into allegations of him having assets beyond known sources of income, Asif has been taken into custody.

Sources said he was taken to the NAB Rawalpindi office.

According to a news channel, there has been a debate about whether the PML-N will participate in the Senate elections. Asif left the meeting and was detained outside Iqbal’s residence moments later.

Aurangzeb said Asif will be referred for remand tomorrow before an Islamabad accountability court.

PML-N supremo Nawaz Sharif termed Asif’s arrest “a drama the likes of which he had never seen in his life”.

He said PM Imran Khan had himself “admitted” to his “inexperience” and that “time is required before taking over the government’s reins”.

“Then why have you come?” Nawaz asked.

She said NAB was “lurking around, waiting to pounce” and arrested him right around the bend from Iqbal’s house.

The PML-N vice president said that arresting someone like this, in an asset beyond means case, “is done when you have nothing on someone […] you then make use of a vague thing to arrest someone”.

She said the government was making such decisions “while trembling in fear of losing”.

Maryam said that Asif told him a few days ago that “someone from NAB” had called him over and asked him to “leave Nawaz Sharif” and his cases “would be wrapped up in 15-20 days” but he said he has a life-long association with the PML-N supremo and would “never leave his side”.

“Khawaja Asif told them they can do what they wish […] he was told he will have to face the consequences […] and then this happens a few days later,” she said.