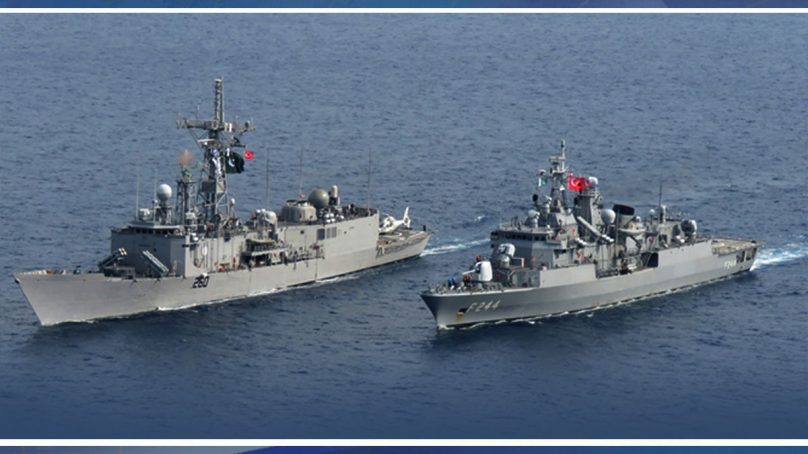 Upon arrival at the port, the ship was received by Naval Attaché of Pakistan at Ankara, Commander of 2nd Turkish Destroyer Squadron, and officials from the Turkish Navy. During the port stay, Mission Commander Commodore Azhar Mahmood along with Commanding Officer PNS ALAMGIR called on Turkish Navy high-ranking officials including Commander Turkish Maritime Forces. During the interactions, matters of mutual interest were discussed and the contribution of the Pakistan Navy to regional peace and maritime security was acknowledged by the host naval dignitaries. The Mission Commander conveyed well wishes from Chief of the Naval Staff Admiral Muhammad Amjad Khan Niazi for the people of Turkey in general and the Turkish Navy in particular.

The visit of PNS ALAMGIR comprised harbor and sea phases. During the harbor phase, tabletop discussions on professional matters and bilateral interactions were held. Whereas, sea phase included participation in Multinational Maritime Exercise DOGU AKDENIZ-21 that included a wide range of naval drills and operations. The Exercise provided Pakistan Navy an opportunity to enhance combat readiness in a multi-threat milieu and interoperability with the world navies.

Pakistan Navy has always remained committed to playing its role in ensuring maritime safety and security in the region. Participation of the Pakistan Navy in exercise DOGU AKDENIZ-21 is aimed at ensuring the safety and security of the global commons. Upon culmination of port visit, PNS ALAMGIR participated in Joint Patrol and bilateral exercise TURGUTREIS-VI with Turkish Navy ships. Various tactical evolutions were undertaken including simulated missile engagement drills, Seamanship exercises, and Helo Operations.

PNS ALAMGIR visit to Turkey and joint naval drills are a testimony of PN’s resolve to work towards regional peace and it may further strengthen mutual collaboration between the two navies.