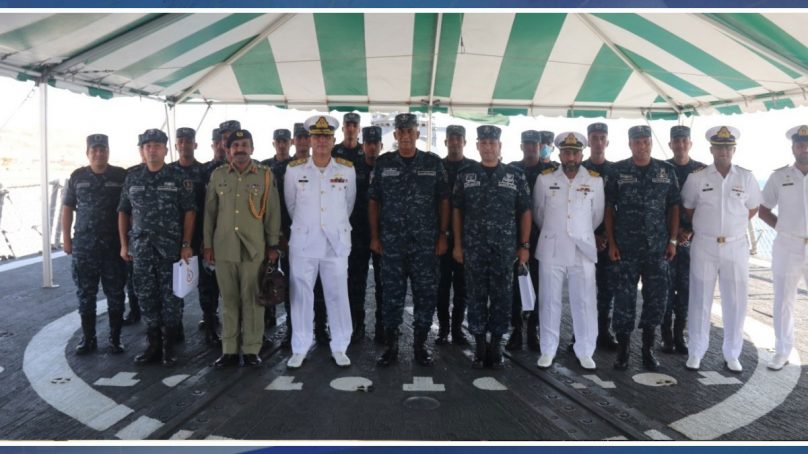 Pakistan Navy Ship ALAMGIR visited Berenice Port of Egypt. Upon arrival, the ship was received by Berenice Base Commander along with Defence Attache of Pakistan to Egypt.

During the stay at port, Pakistan Navy Mission Commander Commodore Azhar Mahmood and Commanding Officer of the Ship Captain Bilal Ahmed Sana called on Berenice Base Commander Brigadier General Waleed Attiya. During the interactions, matters of mutual interest were discussed. The host dignitary acknowledged PN contributions to regional peace and maritime security. On the occasion, the Mission Commander conveyed good wishes of Chief of the Naval Staff Admiral Muhammad Amjad Khan Niazi, for the people of Egypt in general and the Egyptian Navy in particular. As a return call, Berenice Naval Base Commander along with Egyptian Navy Southern Fleet officials also visited PNS ALAMGIR at the port.

On completion of port visit, PNS ALAMGIR participated in Passage Exercise (PASSEX) with Egyptian Navy Ship ALEXANDRIA. Earlier, the Ship also conducted a PASSEX with Japanese Navy Ship YUUGIRI in the Gulf of Aden during passage to Berenice, Egypt. As associated support, the ship participated in Focused Operation MARE LIBERUM to counter piracy off the Gulf of Aden along with eight other navies under Combined Task Force-151. These exercises are aimed to enhance interoperability between the navies of various participating countries.

Pakistan Navy participation in multinational-focused operations and bilateral naval exercises with other navies is a reaffirmation of PN commitment towards collaborative maritime security and fostering naval diplomacy.