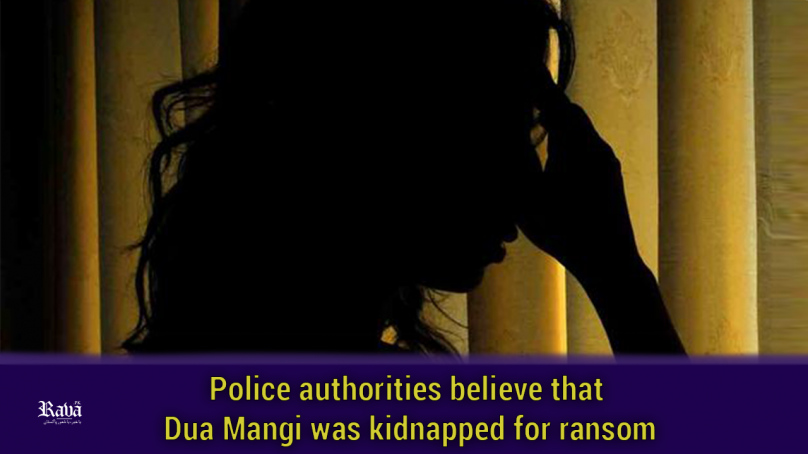 Police authorities believe that Dua Mangi was kidnapped for ransom

The young woman and law student – Dua Mangi was abducted early on Sunday in the DHA by armed men from Bukhari Commercial while her friend Haris Fatah Soomro was shot and wounded.

On Thursday, South Zone DIG Sharjeel Kharal said that ” it appears to be a case of kidnapping for ransom.” Through investigation, it has been found that the student had been kidnapped for ransom, he said, but not elaborated. The DIG South was in charge of various police reams investigating the incident.

Police were investigating the case from various aspects, according to a spokesperson for the Karachi police as more than 12 people had been questioned.

According to a police statement, the police and Citizens-Police Liaison Committee have probed the incident from the perspective of a previous kidnapping case.

A girl named Bisma, was abducted from DHA in May, and she had been reportedly returning home after paying ransom. Meanwhile, S.M. Law College students, relatives and civil society leaders organized a protest rally for Dua’s safe recovery outside the Karachi Press Club on Thursday.

Keenjhar Sindhu, cousin of Dua, told the media that several days had passed, but she had not been traced by the authorities.