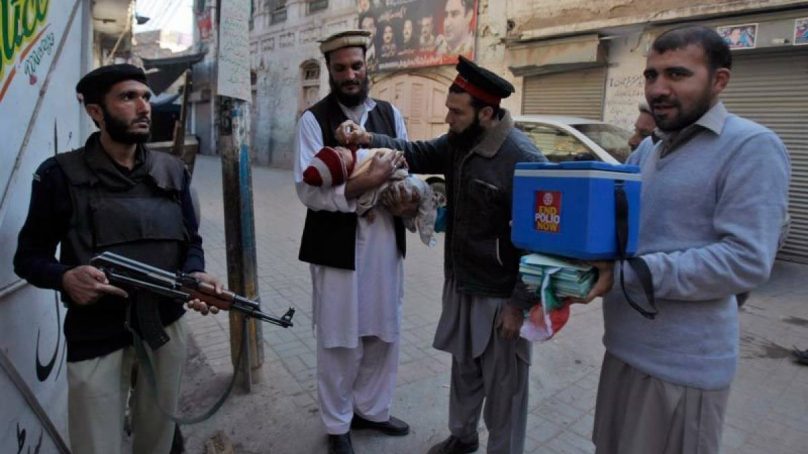 A police officer was martyred when the polio vaccination team was attacked in Khyber Pakhtunkhwa’s district tank. This is the second time a polio team has been gunned down by the armed attack. According to the Tank Deputy Commissioner Kabir Kham, some men started firing at police officers who were there to provide security to the vaccination team in Tank’s Shada village.

The criminals escaped after killing the constable. The armed men were riding a motorcycle when they opened fire at the police officials, killing one and injuring another. The police search operation is going on to find the killers and the body of the martyred has been shifted to the hospital.