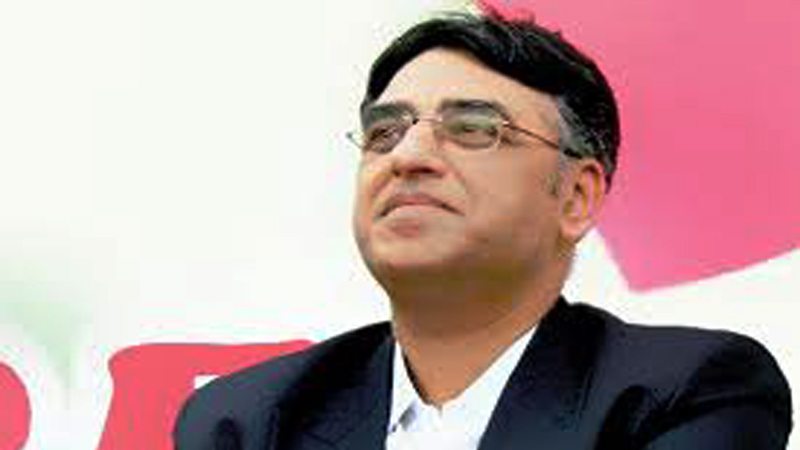 Politics on Karachi will cost both PTI, PPP: Umar

Minister of Planning Asad Umar on Wednesday urged the Pakistan Peoples Party to focus instead of gaining political point-scoring on the groundwork of the projects in Karachi undertaken during the agreement between the federal government and Sindh.

“People of Karachi are not concerned with who is contributing; they only want groundwork of the projects,” he told reporters after the National Assembly Standing Committee on Planning meeting.

The minister expressed disappointment at the “insane debate” that has been going on over the last four days that was contributing more to the metropolitan projects.

“The people of Karachi will hurl shoes at both the PPP and the PTI if they continue press conferences against each other instead of initiating practical work,” he added.

Referring to the presser of PPP Chairman Bilawal Bhutto Zardari, the minister said the Center was not very concerned if the Sindh government said it contributed Rs700 billion to the Karachi Transformation Plan worth Rs1100 billion. But he said the PPP “did not have the will” to initiate work for the development of the city.

“If you [PPP] do not have [the] will to work, it will not be done through just press conferences,” he said, “work from our [govt] side has started as I called a meeting immediately after the agreement in which a week-long deadline was set to start implementing the plan.”

The minister of planning expressed that he has already written a letter to the chief minister of Sindh for handing over to the Center the Greater Karachi Water Supply Project (K-IV) as per the government’s desire. He noted that the federal government had already begun the task of implementing the KTP.