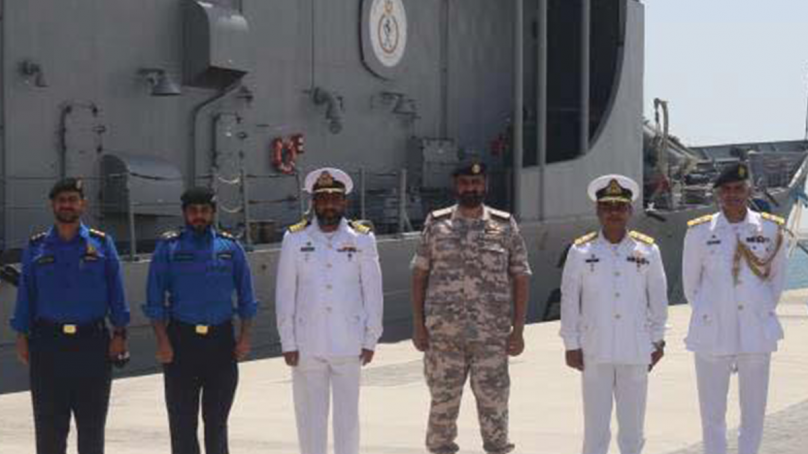 Upon arrival at Doha, PN ships were warmly welcomed by senior officers of QENF and Defence Attache of Pakistan. During the visit the Mission Commander of PN Flotilla called on various dignities of host country. In addition, the planning and coordination of bilateral exercise was undertaken with Qatar Emiri Naval and Air Force officers.
On completion of port visit, the bilateral exercise Asad Al Bahr-II was undertaken between PN and QENF ships HUWAR, DAMSAH and KAAN participated in the exercise along with aircraft of Qatar Emiri Air Forces (QEAF). The exercise was aimed to strengthen bilateral ties, enhance naval collaboration and interoperability among the two navies.  Participation in exercise Asad Al Bahr-II is a manifestation of PN resolve to work with friendly navies to promote peace and security in the region.
Pakistan and Qatar enjoy closed friendly ties and cordial relations. Port visit by PN ships followed by Ex Asad Al Bahr-II is expected to contribute in further enhancing the bilateral ties between friendly countries.