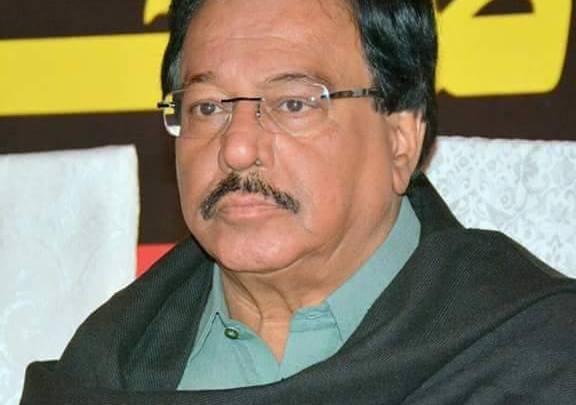 After suffering from complications while being treated at a private hospital in the city, PP leader Rashid Rabbani became the first Pakistani to die due to COVID-19 re-infection.

“Rashid Rabbani, 68, had been brought to the Ziauddin Hospital with COVID-19 re-infection last week and his condition was very serious. He had to be shifted to the ventilator but unfortunately, his condition continued to deteriorate and he passed away today evening,” Dr Asim Hussain, Chairman of the Dr Ziauddin Hospitals, said on Thursday.

In various health facilities, including the Aga Khan University Hospital (AKUH) and Dow University of Health Sciences (DUHS), several cases of coronavirus re-infection have also been reported. Neither of them, however, has yet reported a death.

Dr. Asim Hussain said that in May, Rashid Rabbani recovered from the coronavirus. Despite testing COVID-19 positive through PCR (Polymerase Chain Reaction) testing, he also explained that he was asymptomatic.

He cautioned that coronavirus cases in the country, especially in Karachi, were gradually increasing. He also claimed that the cases were “very serious and complicated,” with most of them requiring intensive care and even ventilator support.

Mehdi stated that, as the coronavirus antibodies were not detected in his blood, doctors had recommended Rashid Rabbani to continue taking precautionary measures and follow the Standard Operating Procedures ( SOPs).

“Last week Rashid got sick again and when his condition deteriorated and he started gasping, he was taken to the Ziauddin Hospital in North Nazimabad, where he was tested COVID-19 positive again. This time his lungs were badly damaged due to re-infection and after remaining at least six days on ventilator, he passed away today”, Mehdi said, adding that he has survived by his widow and a daughter.