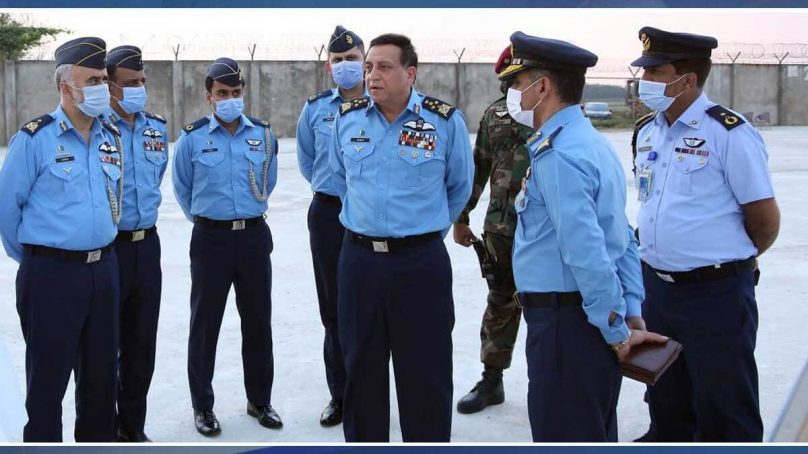 Pakistan Air Force conducted an operational Air Defence exercise focusing on fostering synergy while considering future warfare challenges. The aim of the exercise was to practice counterair operations in order to validate contemporary employment concepts. The exercise was focused on the integration of PAF and Pak Army air defense assets while training PAF operational crew to develop, practice, and validate tactics against envisaged threats. Air Chief Marshal Zaheer Ahmed Baber Sidhu, Chief of the Air Staff, Pakistan Air Force oversaw the operational PAF Air Defence exercise. While monitoring the conduct of exercise from the Command Operations Center, the CAS assessed the integration and synergistic employment of offensive and defensive forces in synergy with Army Air Defence in order to validate contemporary employment concepts under near-realistic threat scenarios. PAF operational assets including Fighter aircraft, Air Defense elements, Force Multipliers, and Battle Management Centers were also integrated into the exercise. Earlier, the CAS visited an operational base in the context of the same exercise to assess the integration of the newly acquired unmanned aerial system in the PAF’s operational construct. Highlighting the importance of UAS, the Air Chief said, “The role of Unmanned Aerial Systems is becoming increasingly important for military conflicts. UAS have assumed the lead role as force multipliers that could play a decisive role in the final outcome of modern day battles. The CAS emphasized that PAF was fully cognizant of the geo-strategic developments in the region and is fully prepared to defend the sovereignty and territorial integrity of Pakistan. Our focus remains on Operational Excellence, Continued Modernization through Smart Inductions of Cutting-Edge Niche Technologies, Effect-Based Training, and better Human Resource Development to befittingly address contemporary and future challenges.”The Air Chief expressed his satisfaction as regards the overall combat readiness of the Pakistan Air Force and assured the nation that PAF alongside its sister services is ever ready to give a befitting response to any misadventure by the adversary.